Give me any drink other than plain water without added sugar, i won’t even take a sip. That was me till 6 months ago. My love for sugar took me from 55kg at age 25 to a good 88 kags within two years time. With all that extra fat, i found myself in a ‘do or die’ situation_all thanks to my sweet tooth. I badly needed some sugar alternatives.

When i decided to slim down my waist 6 months ago, the only thing challenging to me was giving up on sugar. I realized that i was almost addicted to that white sweet poison. Working out, decreasing my food intake, drinking a lot of water, i did all well except for the sugar part.

If you are also in a similar situation like i was, i am sure i have a great news for you. You actually don’t even need to give up on your tasty smoothies, mouthwatering deserts and your favorite cakes. All thanks to this awesome list of sugar alternatives. So, what’s next? Lose weight, enjoy life, while satisfying your sweet tooth at the same time. 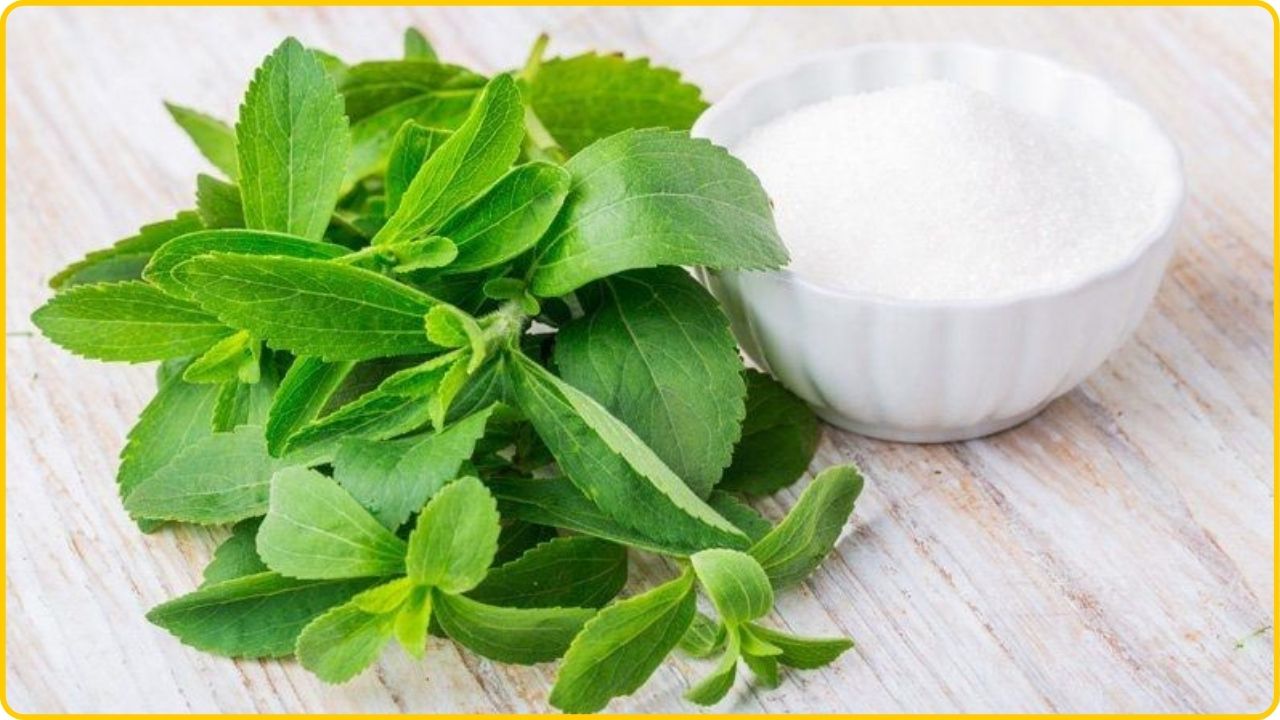 Stevia sugar is a natural sweetener extracted from the leaves of a South American tree scientifically known as Stevia rebaudiana, and it was suggested by the American Healthline website , which is interested in following health issues, as an alternative to sugar.

Stevia sugar contains no calories, and it can be up to 350 times sweeter than sugar, but it may taste slightly different to sugar.

Stevia rebaudiana leaves are packed with nutrients and phytochemicals, so it’s not surprising that the sweetener has been associated with some health benefits, as stevia lowers blood pressure, blood sugar and insulin levels, according to the Academy website . 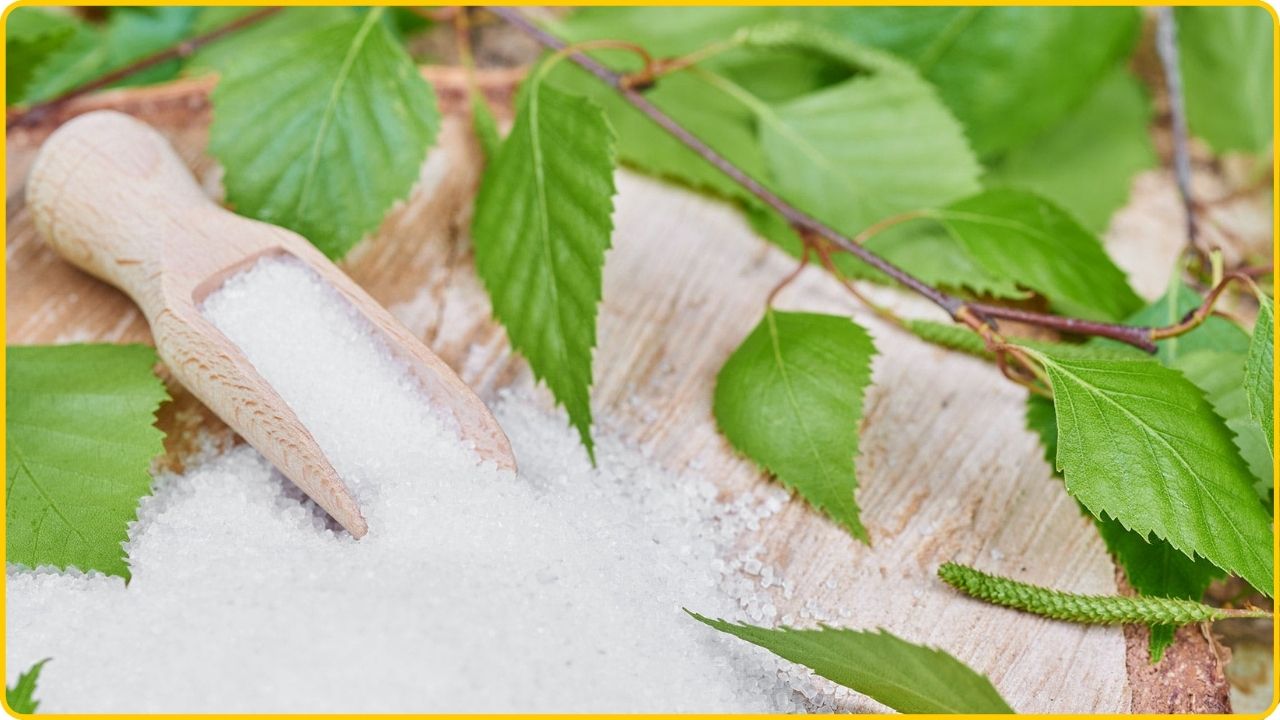 Xylitol has a sweetness similar to that found in sugar, extracted from corn or birch, and is also found in many fruits and vegetables.

Xylitol contains 2.4 calories per gram, which is 40% fewer calories than regular sugar.

What also makes xylitol a promising alternative to sugar is its lack of fructose, which is the main ingredient responsible for most of the harmful effects of white sugar, as it does not raise blood sugar or insulin levels. In fact, xylitol is associated with multiple health benefits, including improved dental and bone health. 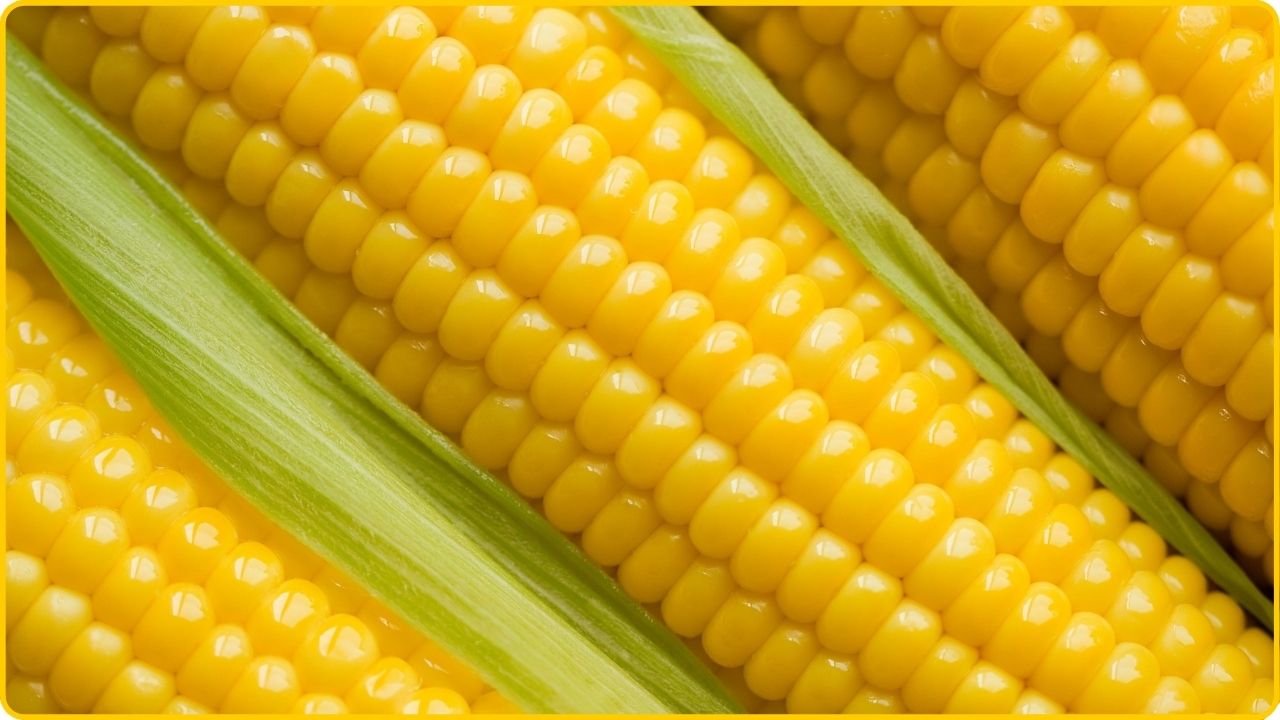 Erythritol sugar is one of the most healthy alternatives to sugar, as it contains 0.24 calories per gram, which is 6% of the calories of regular sugar, and it tastes exactly like sugar, which makes it easy to replace.

Your body does not contain enzymes to break down the majority of the erythritol, so most of it is absorbed directly into the bloodstream and excreted in the urine unchanged, so it does not appear to have as harmful effects as regular sugar.

Furthermore, erythritol does not raise blood sugar, insulin, cholesterol, or triglyceride levels, according to research the U.S. National Library of Medicine records in its archives. But research is still ongoing if increasing its consumption may cause weight gain. 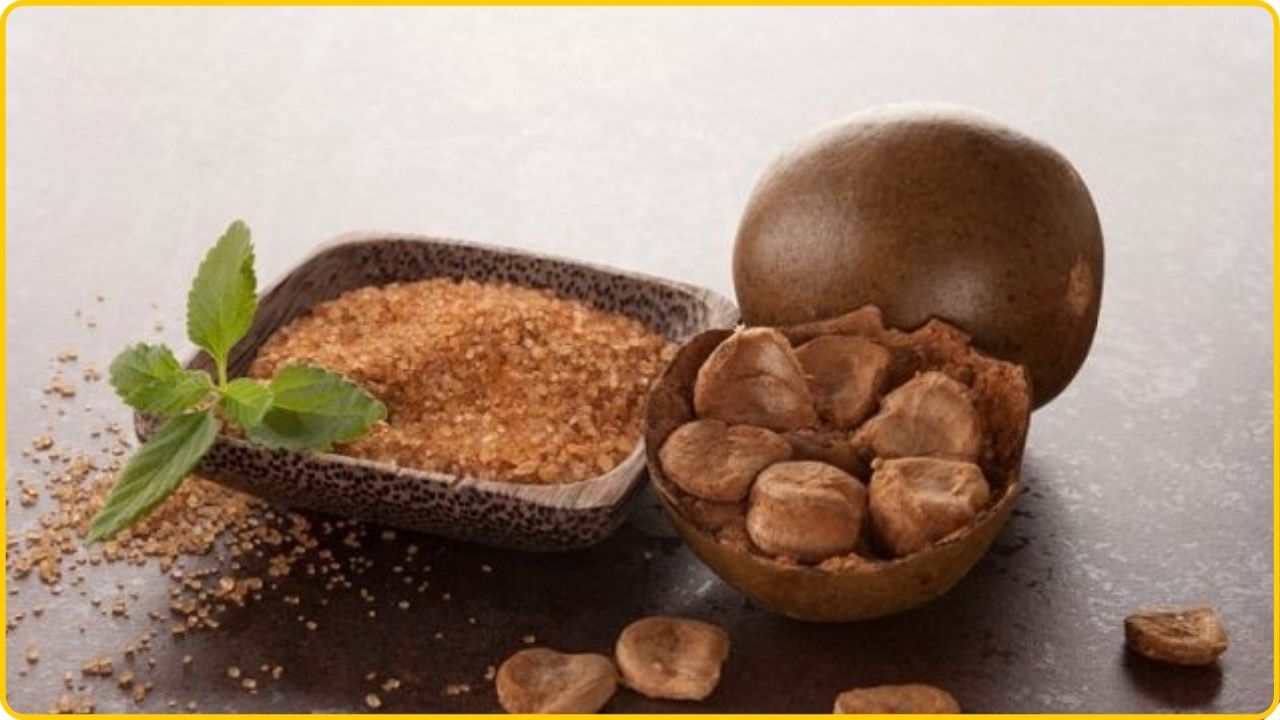 Monk fruit sweetener is extracted from the Monk fruit, which is a small round fruit grown in Southeast Asia.

This natural substitute has no calories, is 100-250 times sweeter than sugar, and contains natural sugars like fructose and glucose, but gets its sweetness from antioxidants called mogrosides, which are anti-inflammatory compounds.

The American studies several pointed to the benefits of fruit Munk in preventing the growth of cancer, and sweetened drinks have little Munk Shetty effect on the daily calorie intake and levels of blood sugar and insulin levels, compared to drinks sweetened sucrose. 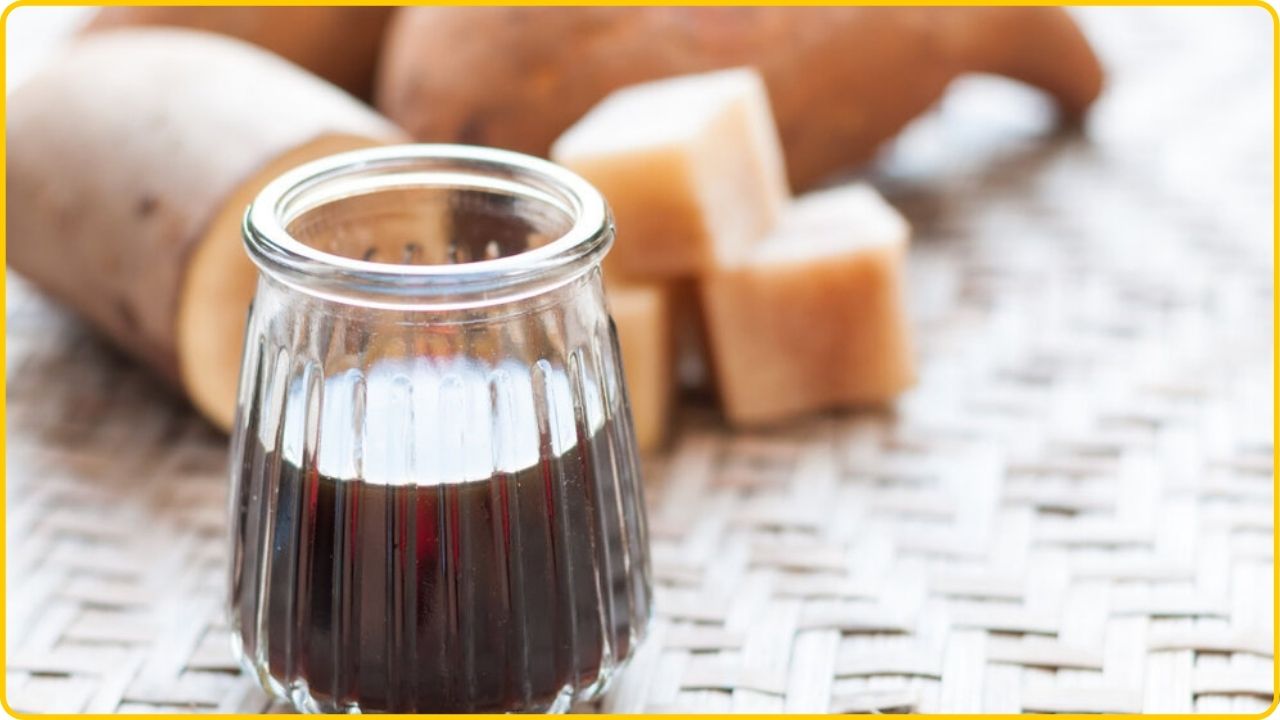 Yacon syrup is extracted from the indigenous yacon plant grown in South America and known scientifically as “Smallanthus sunchevoleus”. The refined sugar tastes sweet, but its color is dark and thick, similar to that of pomegranate molasses.

Research shows that yacon can reduce glycemic index, body weight, and the risk of colon cancer, and it may also increase the feeling of satiety, which means eating less food, which means that it will be a distinctive addition to any weight-loss diet. It feeds the good bacteria in your gut, which improves your body immunity and overall health.

The only problem is that consuming large amounts of it may lead to increased gas, diarrhea, or a general feeling of discomfort in the digestive system. 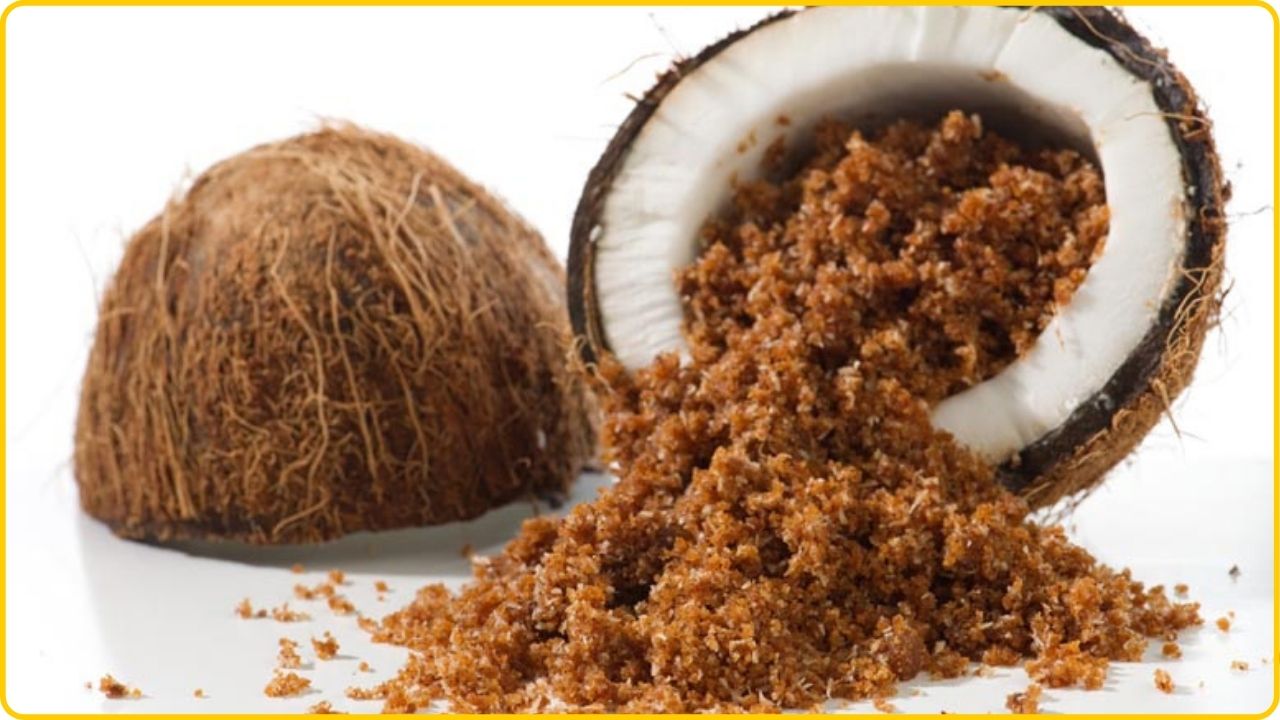 Coconut sugar is extracted from coconut palm juice. It contains a few nutrients, including iron, zinc, calcium, and potassium, as well as antioxidants, but the proportion of insulin in it is greater, which means it contributes to slowing down the digestive process and increases the feeling of fullness as it feeds the beneficial bacteria in your stomach.

However, coconut sugar is still very high in calories, and contains the same number of calories per serving as regular sugar. It is also very high in fructose, which is the main reason why regular sugar is unhealthy in the first place, so it should not be overused. 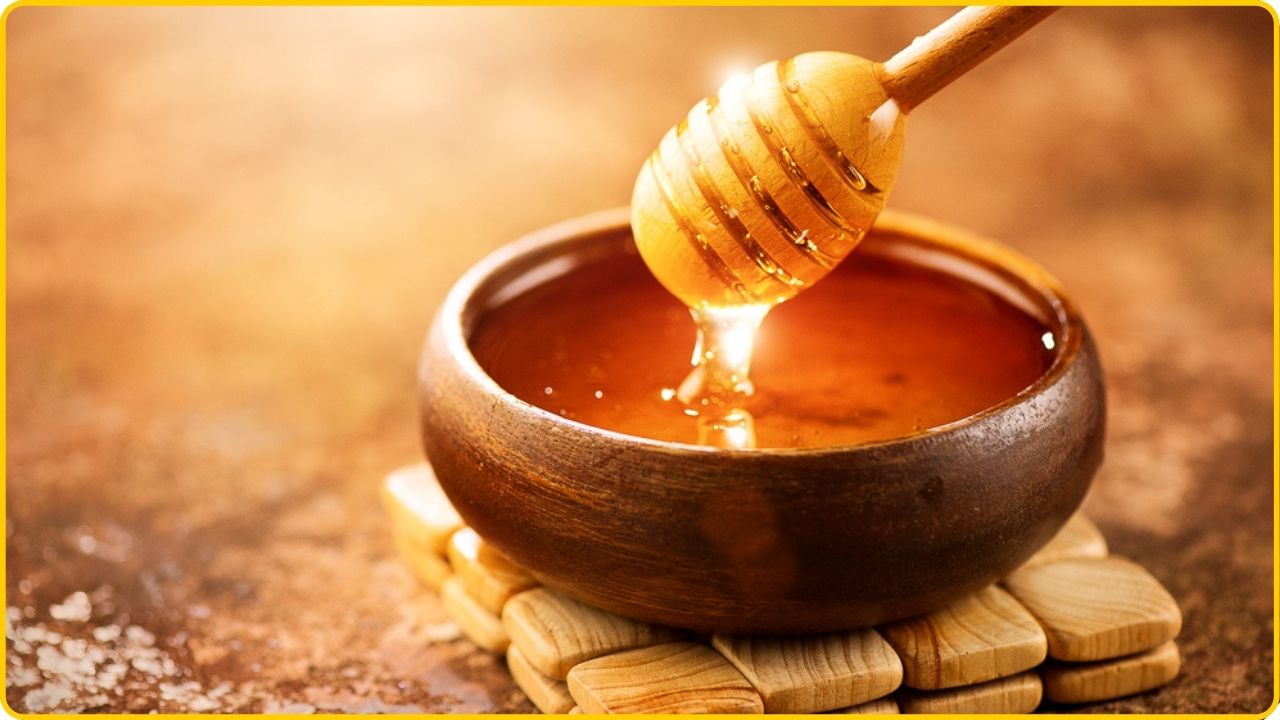 Honey is one of the most prominent alternatives to sugar, as it contains trace amounts of vitamins and minerals, in addition to an abundance of beneficial antioxidants, which can help prevent diabetes, infections, heart disease and cancer.

Numerous studies over the years have attempted to establish clear links between honey and weight loss, lower levels of glucose, and lower hyperglycemia, but honey contains fructose which can contribute to a plethora of health problems, so it should not be overused either. 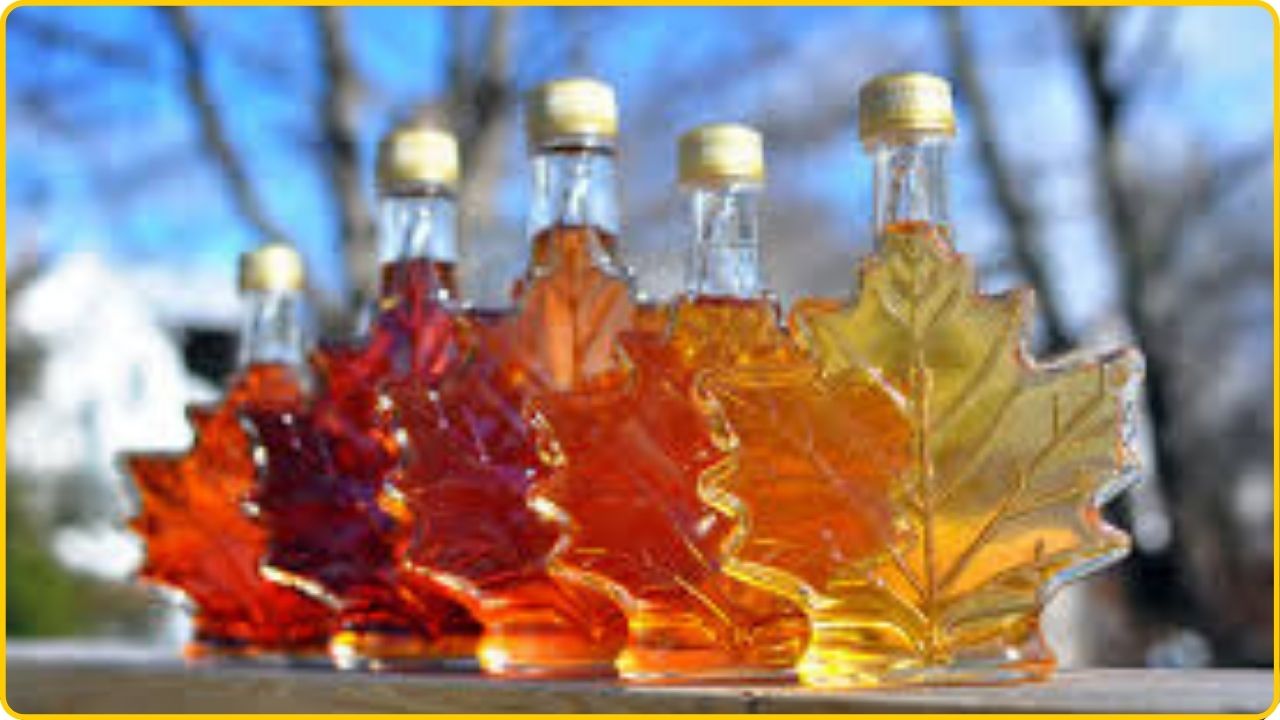 It contains a decent amount of minerals, including calcium, potassium, iron, zinc, and manganese, and it also has more antioxidants than honey.

I found a US study conducted on rodents that when taken orally with sucrose, the maple syrup reduces the concentrations of glucose in the plasma significantly more than eating sucrose alone. There is other research being conducted on its properties in strengthening the body’s resistance to cancer.

In spite of this, maple syrup is still high in sugar. It has a glycemic index that is slightly lower than regular sugar, so it may not raise blood sugar levels quickly, but it still contributes to raising it. 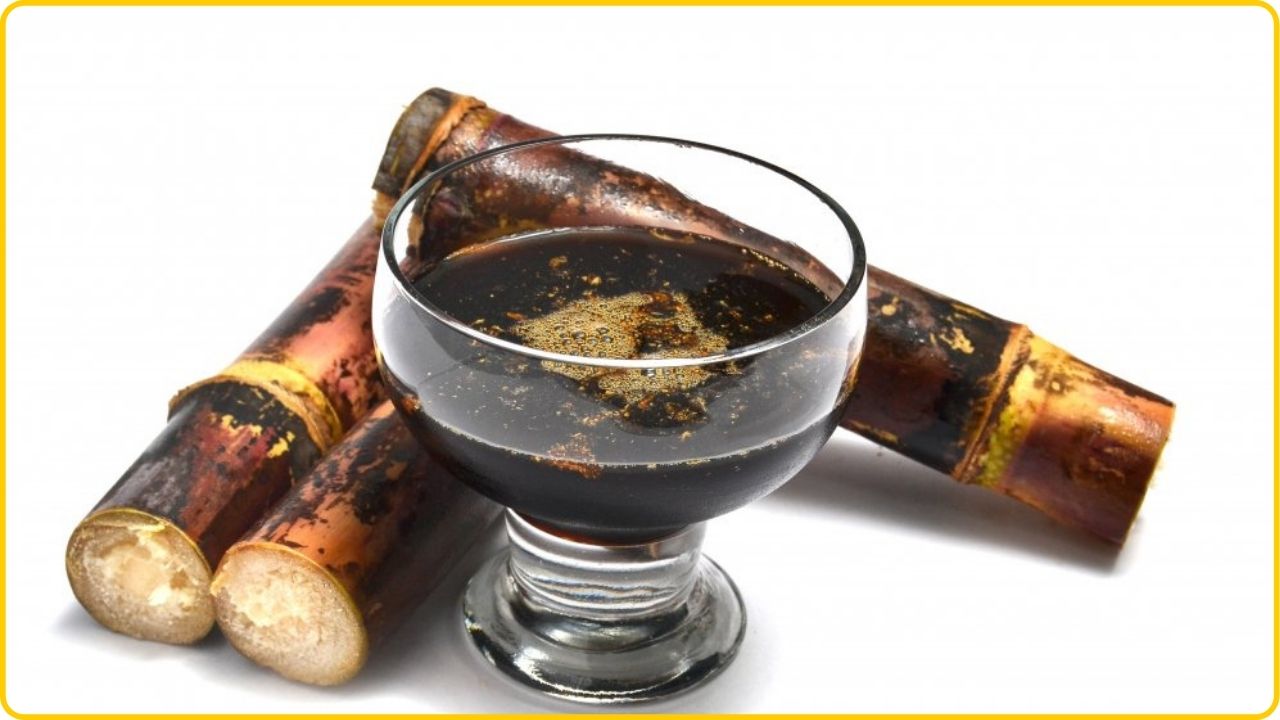 Molasses is an alternative to sugar, as it is a sweet brown liquid with a thick, syrupy consistency. It is made from boiling sugar cane or sugar beet juice.

Molasses contains a handful of vitamins and minerals such as iron, potassium and calcium that are beneficial for bone and heart health, in addition to many antioxidants.

In general, molasses is a good alternative to refined sugar, but its consumption should be limited as it is still a form of sugar.