In the world of smartphones, the middle class is the battlefield manufacturers fight to win. Every new year brings newer phones with better features and lower prices. But out of all the divisions in the middle category, the $400 category is the less fortunate group that suffers from a small number of phones.

So, if you want to buy a new smartphone, or replace your existing phone and you haven’t chosen one yet, you can rely on this report to choose your next phone, as we review a range of the best smartphones that are budget-friendly.

Google Pixel 3A is the first smart bomb dropped by the internet giant in the middle-class battle. Released four months ago, the phone offers an appealing balance of technical specs and fancy physical features. 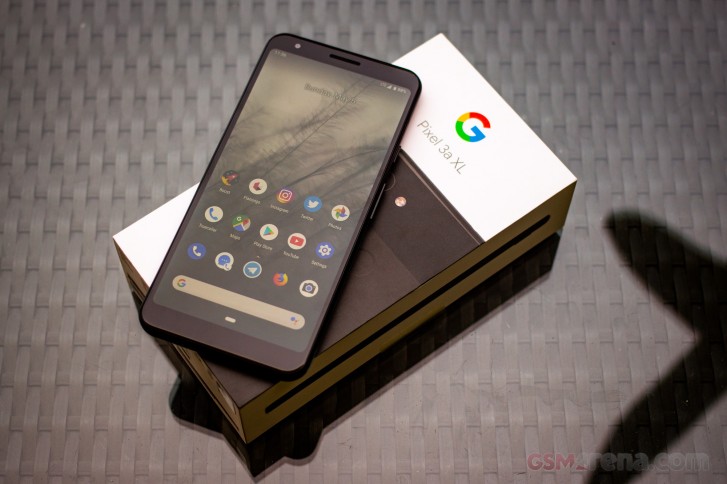 Though many of the 3A features come from the company’s other flagship phones, this one, however, is designed to negotiate much better with your pocket. The phone comes with the same premium main camera as the flagship Pixel phones and has a 12.2-megapixel f/1.8 lens with optical stabilizer and dual-LED flash. An 8MP front camera with a secondary sensor and a wide-angle lens for better selfies.

The Android Pie 9 system is upgraded to Android beta, a raw Android interface that gives the phone better and faster performance, with lots of Google’s most innovative software, starting with the Call Screen that enhances the power of artificial intelligence in handling  Anonymous callers, even Active Edge that allows you to quickly run Google Assistant by pressing the sides of the device.

Similar design to that of Pixel 3, but is made of polycarbonate plastic instead of metal, making it extremely light and compact. The premium 5.6-inch, high-resolution OLED display- the latest screen in use on smartphones, covers up to 75% of the phone’s surface.  The Asahi Dragontrail protection layer ensures better screen protection. 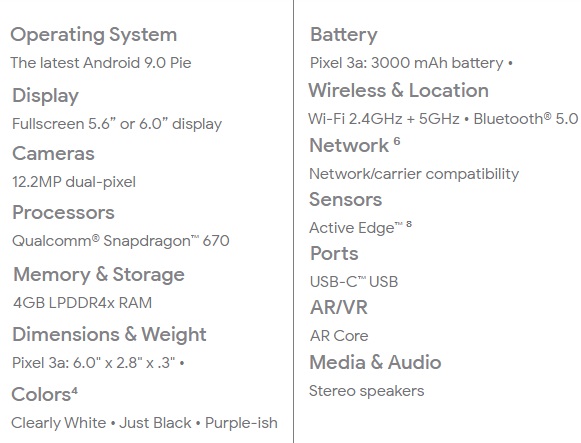 Released two months ago, Mi 9T is the most balanced Xiaomi phone to date, combining the best features of the “Mi 9” series with other flagship Xiaomi phones at an affordable price. 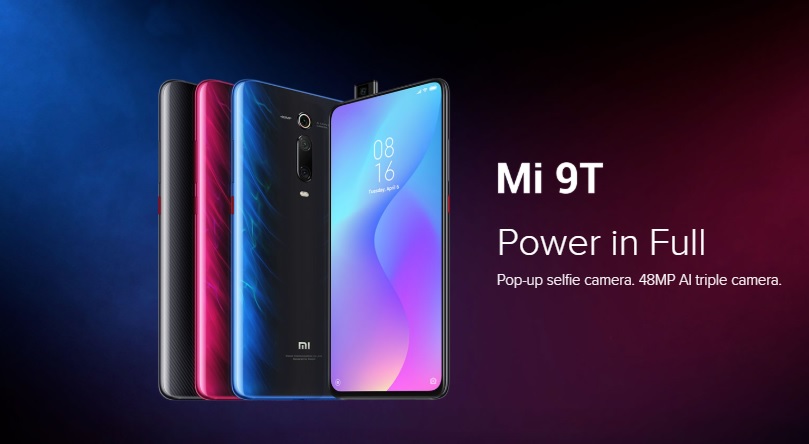 The phone comes with a triple rear camera, one for 48-megapixel and f/1.8 aperture, the second with an 8-megapixel f/2.4 lens that is responsible for zoom, and the third with a 13-megapixel f/2.4 aperture for greater visibility in selfies, with a dual flash of LED type, as well as a 20-megapixel front camera with an f/2.2 aperture mounted on a window that pops up from the phone’s body, providing a unique selfie experience.

The phone comes with the Android Pai 9 operating system with the latest Xiaomi interface “MIUI 10”, 6 GB of RAM with 64 or 128 GB of non-scalable internal storage via external memory card, and comes with a large 6.39″ AMOLED display” AMOLED” in high quality, takes up 86.1% of the phone’s surface and offers a full-screen experience without edges or touch, with Corning Gorilla v5 protection layer.

It comes with a Snapdragon 730 octa-core processor, the third-best processor in the Qualcomm series to date, with 8 nanometers manufacturing architecture, and an Adreno 618 graphics processor with Game Turbo 2.0 gaming mode, giving you outstanding multitasking performance of at least an inch than any flagship phone. Especially with regard to games.

The phone features a unique design and durable glass material with a metal frame that gives the phone a refined look, the signature fingerprint sensor on the back of the phone, Face Unlock support, 3.5 mm speaker port, and a fairly large lithium battery. Non-removable 4000 mAh polymer supports fast charging via USB Type C port.

So, we can limit the features of the phone to its unique design and durable manufacturing materials, an AMOLED display, outstanding processor performance, good camera performance, and unique front camera design, plus a large battery. As for the shortcomings can be summarized in the impossibility of increasing the memory capacity via the external memory card, and its lack of support for wireless charging. The phone is available in three basic colors: red, blue and black, priced between 306 and 322 dollars, and can be purchased on Amazon from here.

Last March, Oppo announced two new F-series phones, the first Oppo F11 pro, which was released the same month, and the other was Oppo F11, which was released two months later. Although the first phone is nearly $100 more expensive than the second, the fundamental differences between them are negligible, making the Oppo F11 superior to its counterpart in providing good value for a reasonable price. The phone comes with many advantages in other flagship Oppo phones, including Screen, camera, processor, memory, etc. 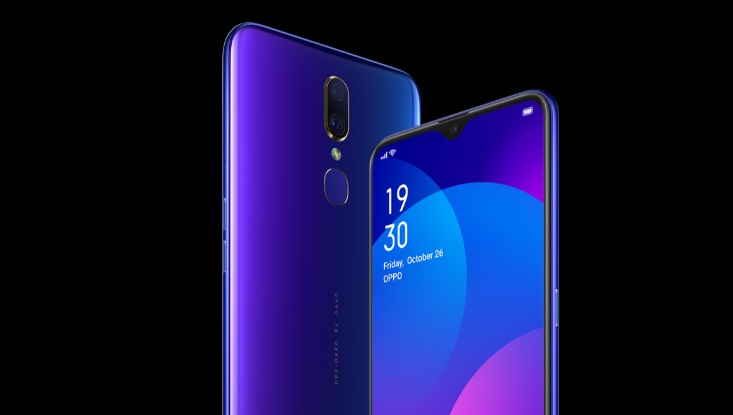 The Android P9 operating system comes with the ColorOS 6.0 interface used by OPPO on its latest phones, the latest MediaTek Octa-Core processor in PRO Helio P70, 2.0 GHz with 12 nanometers manufacturing architecture and Mali- G72 MP3, along with 6 GB of RAM with Game Space mode to enhance gaming performance, gives you smooth performance and fast use in everyday tasks such as browsing social media, file transfer, and even multitasking and video games.

It comes with a large 6.53 inch IPS LCD display in high quality, which makes up 85.3% of the surface with a midpoint touch, and comes with a dual rear camera, the first for 48-megapixel, f/1.79 aperture and supports more than one AI shooting mode. The 5-megapixel f/2.4 lens is responsible for isolation and porterity with a single LED flash and a 16-megapixel front camera with an f/2.0 aperture.

The phone comes with 64 or 128 GB of internal storage that can be increased via an external memory card up to 256 GB without the second SIM card, as well as a relatively large 4020mAh non-removable lithium polymer battery that supports fast charging, although the phone comes with a traditional micro charging port, a fast fingerprint sensor on the back with face recognition support, and a 3.5mm speaker port.

So, we can limit the advantages of the phone to the high-end design even though the phone is made of plastic, not glass, processor performance compared to previous series phones, high RAM compared to competing phones in the same price category, and distinctive rear camera performance in lighting different, adding to the oversized battery and fast charging.

The shortcomings can be summarized in the mid-resolution screen that comes without a protective layer, the plastic body, and the traditional “Micro USB” charging port. The phone is available in three basic colors: white, green and purple, and is priced between 320 and 400 dollars, and can be purchased via Amazon from here.

Although the phone “Xiaomi Pocophone F1″ is from the last quarter versions of the last year 2018, it combines the perfect combination of the advantages of leading phones that make it still one of the best mid-range phones to date. 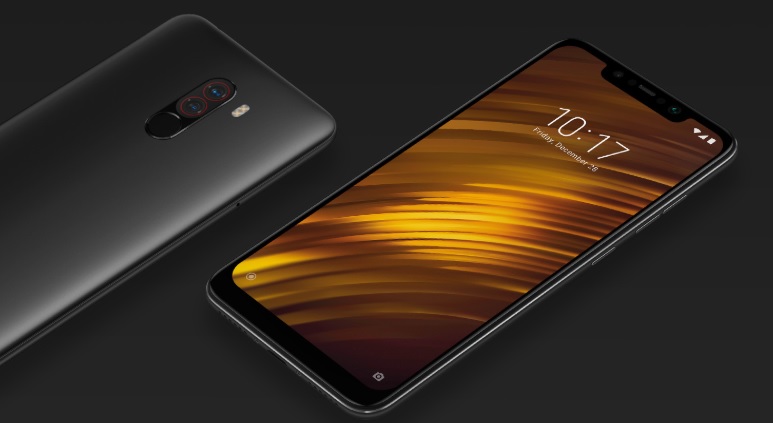 The Android Oreo 8.1 operating system comes with a modified Xiaomi “MIUI 9.6″ interface that enables you to customize the phone’s interface and applications according to your personal preference, as well as 6 GB of RAM and water cooling system to keep the phone’s temperature in long use, as well as a good screen With a 6.18″ high-resolution IPS-LCD protection layer not announced by Xiaomi, it takes up 82% of the phone’s surface with a notch that can be hidden from the phone’s settings.

64GB or 128GB of internal storage, expandable via external memory card up to 256GB without the second SIM card, and a fairly large non-removable 4000 mAh lithium polymer battery that supports fast charging technology via the TypeC charging port “USB Type C”. This combination makes the phone’s performance outstanding, from everyday usage and multitasking to relatively heavy video games, giving you the ability to enjoy superior performance while not worrying about power consumption or heat.

The phone comes with a dual rear camera, one for 12-megapixel shooting and f/1.9 aperture, the other is a 5-megapixel f/2.0 lens that is responsible for isolation and portrait with optical stabilizer and dual-LED flash, and a 20-megapixel front camera with f/2.0 aperture, enabling you to capture Featured images, as well as a quick fingerprint sensor on the back of the phone, with support for Face Unlock that works even in the dark thanks to the infrared sensor, and supports the 3.5mm speaker port.

So, we can limit the advantages of the phone to its value for the price, which is exemplified by outstanding performance, leading processor, premium screen, long battery life, and good cameras. The shortcomings can be summarized in the design and structure of the phone despite the durable design materials, from the thick edges and relatively heavyweight to the plastic case that does not give the phone a sophisticated look. The phone is available in three basic colors: black, red and blue, and it’s priced between $267 and $350, and you can buy it on Amazon from here.

In conclusion, previous phones offer a different mix of features to suit different interests and needs. If you put your camera, unique screen and updates first, you can choose the “Google Pixel 3A” phone, even if you prefer a high-end look, premium processor performance, and a large battery. A good camera you can choose “Oppo F11″. If you’re prioritizing good design, prefer a pop-up front camera and a full-screen experience, you can choose “Mi 9T”. If you’re looking for a phone that gives you the best value for money with leading features and low price, you can choose a phone “Pocophone F1″.