Thanks to humanity’s strive towards a high-tech mutual suicide, the level of Carbon dioxide in the atmosphere just surpassed 415 parts per million to land at 415.26 PPM.

This staggering and in fact alarming level of CO2 is the highest not only in the recorded history but since we stumbled upon this planet.

This is the first time in human history our planet’s atmosphere has had more than 415ppm CO2.

Not just in recorded history, not just since the invention of agriculture 10,000 years ago. Since before modern humans existed millions of years ago. 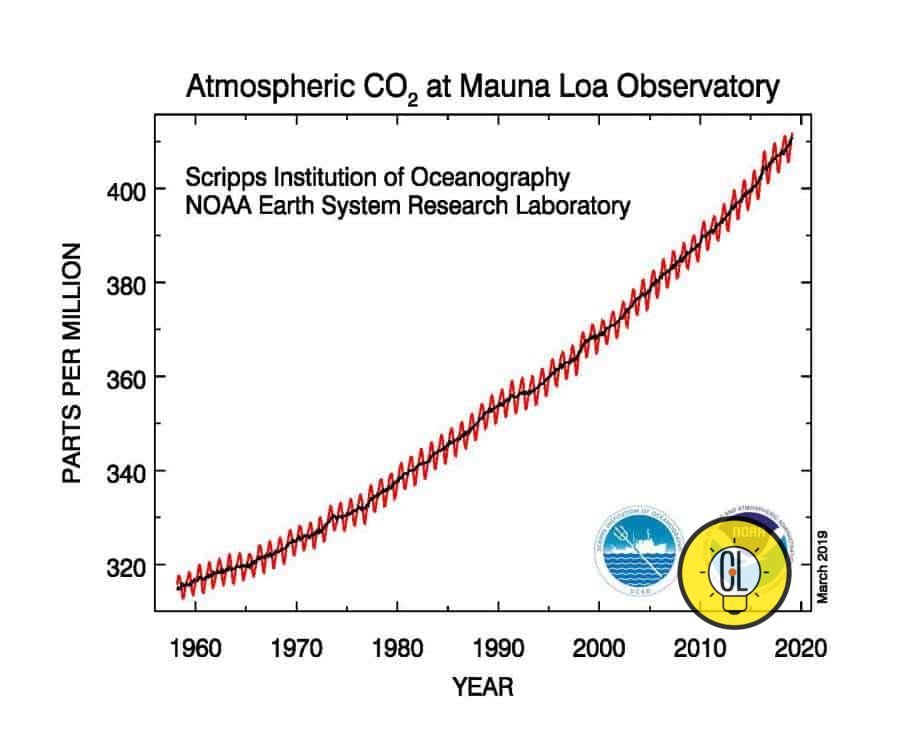 Why Only Blame CO2?

While there are other heat-trapping gasses like Methane and nitrous oxide that contribute to global warming, CO2 does most of the job and its contribution is expected to increase. Data shows that Carbon dioxide constitutes 72% of the emitted greenhouse gasses. Besides this, CO2 also stays longer in the atmosphere_somewhere around 100-200 years. Methane on the other hand lingers for a decade while nitrous oxide lurks around for a century.

The concentration of CO2 has already crossed the too much-limit. Scientists estimate that over 100 animal and plant species are on the verge of extinction due to global warming.

Recent investigations have revealed that inconceivable catastrophic changes in the atmosphere will definitely occur if the global temperature increases by 2° C (3.6° F).  An increase in the global temperature by 2° C (3.6° F) means a carbon dioxide (CO2) concentration of about 450 ppm (parts per million) in the atmosphere. So, probably not too much left unless strong precautionary measures to curb the emission of CO2 are undertaken.

From kitchen to office and work to leisure, you will love what we occasionally share. Hit the like button to join the community.