When was the last time your dog put his paw on you? Maybe you pat him and almost immediately he puts a paw on your hand or lap. That’s part of dog body language!

Find out why the dog is putting a paw on you and what does he mean by that!

This is Not Domination as Previously Thought

You will be surprised to know that some dog handlers still believe that a domestic quadruped wants to show its superiority by doing so.

This wrong conclusion probably arose from the fact that when two dogs meet for the first time, they would try to put a paw on the back of the other.

Contrary to the belief, the latest researches and observations on dog behavior have shed more light on this. The research verifies that your dog, in fact, does not want to “dominate” you. He has no intention of taking power in the family either.

Don’t believe it? Look at your pooch’s face as he puts his paw on you. The lowered ears and the begging gaze have nothing to do with threat or conflict. In fact, he wants to communicate something through this cute action.

Dog Body Language: Why put a Paw on You?

Nudging a human with a paw, putting it on the lap, or throwing a paw over a human hand is a gesture that every dog ​​handler has experienced many times.

Depending on the context and the dog’s body language, it can have different meanings. Here are some of them!

Dogs know that putting a paw on a person’s lap is a great way to get attention. And rightly so – hardly any dog ​​lover will ignore such outreach of love.

Your dog may use this as an invitation to play, a request for strokes, to ask for a snack, to get your support in a stressful moment, or even help in removing a beloved toy from under the bed.

How to Know What is He Asking For?

An attentive caregiver can easily deduce this from the context.

How to Respond When the Dog Puts a Paw on You?

It’s not a good idea to ignore the dog’s messages, let alone punishing your pet for trying to tell you something.

Your exact response to the dog would, in fact, depend on the type of request your pet is making. As we mentioned above, the dog may be asking for some food, requesting more attention, inviting you to play, etc. So, it’s absolutely up to you to respond in kind to your lovely friend. 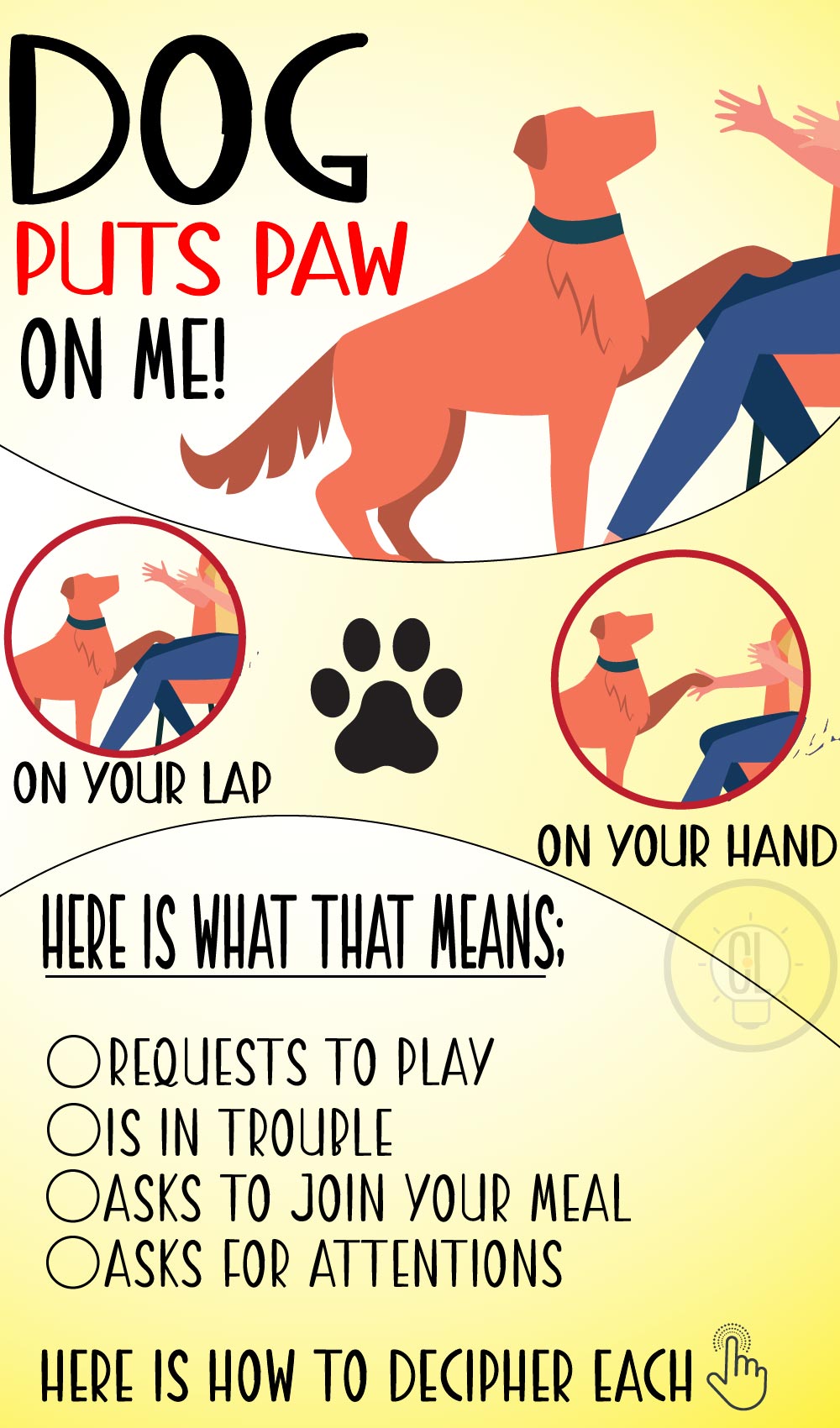