When I am hungry in the middle of the East-in the Middle East to be exact, one of the first things that come to mind is aubergine or eggplant. We fry it, grill it, stuff it and do countless other things with. But no matter how it is prepared, the Middle Eastern dishes of aubergine are always delicious. This dish, baitenjanah ala baitenjanah, or eggplant on eggplant, is perfect for eggplant lovers, as it is fried eggplant layered with a spiced meat mixture, and baked in the oven. 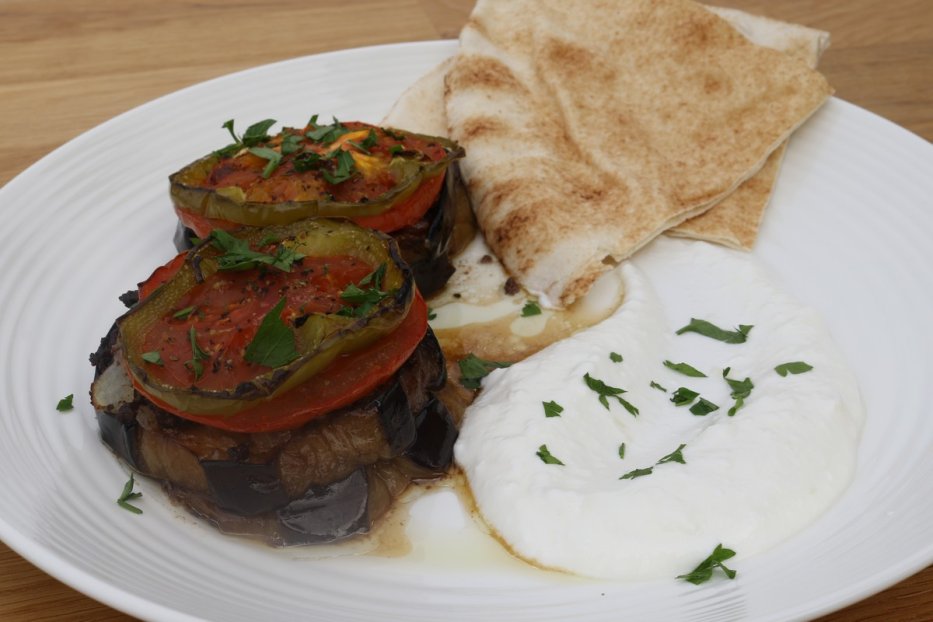 Baitenjanah ala baitenjanah was one of my favorite dishes my grandma would make, and it was one of the first dishes my cousins and I learned to make because it was simple, delicious and a perfect addition to any dinner party. Though, I do not know where it actually originated from. Almost every country in the region makes some form of eggplant with minced meat.

Making this dish is really straightforward, but there are a couple of variations to it depending purely on your preferences. You don’t want to overcook the eggplant during fry or baking as you will be cooking again with the meat.

I like to serve this with pita bread, but you can also serve it with rice, in that case, double the liquid before putting it in the oven to spoon over your rice. I also add a clove or two of minced garlic, and some yogurt to serve alongside. The combination is heavenly!

Check also: The Subcontinent’s Biryani_king of all foods.

Are you a vegetarian and bothered by the meat? This dish can also easily be made vegetarian by layering the eggplant with tomatoes and peppers instead of the minced meat mixture.

A super tasty Middle Eastern eggplant recipe enjoyed across the region. Simple to make and heavenly in taste. 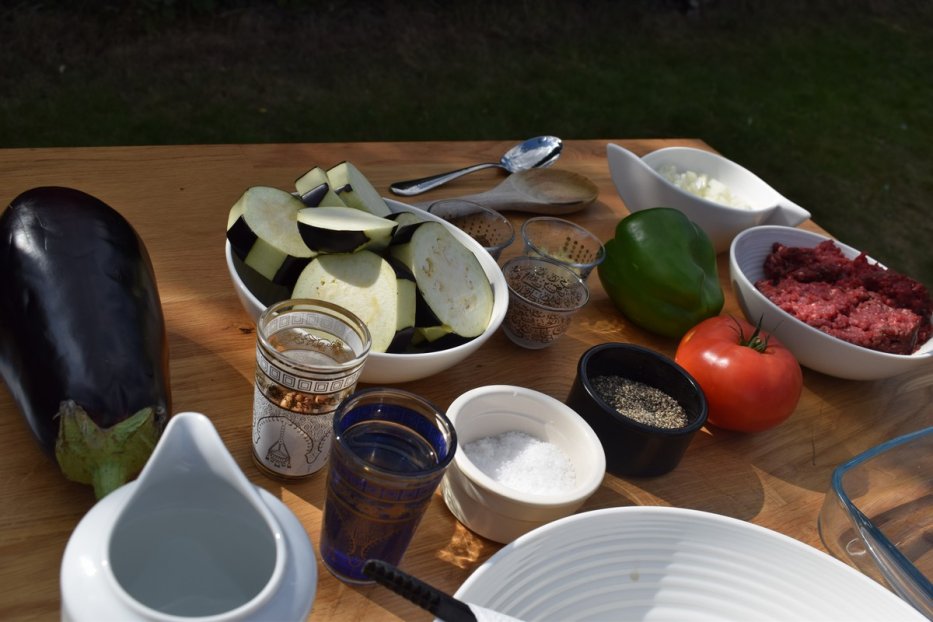 You can either fry or brush the eggplant slices with olive oil and pop them in the oven until soft.

This recipe is brought to you by the Middle East Monitor’s (MEMO) Maha Salah.