It’s not that surprising they’re pretty annoying. Hiccups happen when our breathing system gets a little bit confused. To get rid of them, we have to find a way to get it back on task.

People have all kinds of hiccup remedies that they swear by. None of which seem to have much to do with each other. Like, swallowing a teaspoon of sugar or guzzling a glass of water or just holding your breath. But to figure out how to get rid of hiccups and why we get them in the first place, you got to start with getting to know your diaphragm. 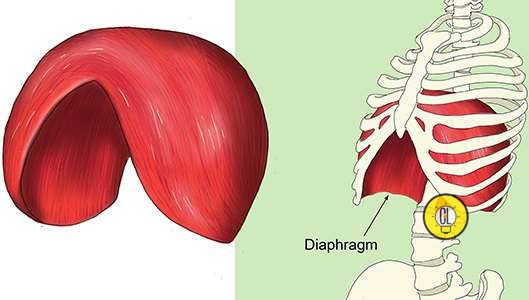 The diaphragm is a sheet of muscle under your lungs that is one of the most important muscles you have if you enjoy things like breathing. A hiccup is just an involuntary spasm of the diaphragm that causes it to contract suddenly. That happens when you take in a gulp of air really quickly until your vocal folds (the membranes at the top of your throat) clamp shut. That’s what causes the hick sound most of the time.

How to get rid of them?

Most of the time the spasm stops as quickly as it started but sometimes those spasms won’t stop, which means it’s time to get your diaphragm to relax.

To do this, you basically gotta hit the reset button on your nervous system or at least the part that controls your diaphragm. You can do that in a couple of different ways. One is to stimulate your vagus nerve. That’s a nerve that runs down your neck from the base of your brain and it regulates some of your body’s most important functions including your heartbeat and your breathing. Basically, you need to stimulate this nerve, distract it if you will so it’ll stop constantly zapping your diaphragm. So, some people have luck getting rid of hiccups by swallowing a teaspoon of sugar, sounds delicious, but it’s actually harder than it sounds. The act of gulping down those dry granules can provide just enough confusing stimulus for your vagus nerve to start focusing on your throat and leave your diaphragm alone.

Another more common approach to kicking the hiccups is to increase the level of carbon dioxide in your bloodstream. This might seem a little weird but your natural breathing rhythms are regulated by your CO2 levels and if they get too high, your nervous system will signal your diaphragm and lungs to make sure they’re doing their job. That’s what’s behind most of the hiccup busting techniques.

You’ve probably heard of like holding your breath or breathing into a paper bag or drinking a tall glass of water, right? all that stuff stops your intake of oxygen and ramps up your internal CO2 concentration. This, in turn, signals your diaphragm to get its head in the game and fix things.

Back to Top
Close News