In a very unique medical case, doctors in the Russian city of Tomsk removed a 500-gram clump of hair from the stomach of a 16-year-old girl.

The doctors confirmed that the girl continued to chew her hair for the past 10 years. Gradually, hair accumulated in her stomach in the form of a clump. The mass occupied 80 % of the girl’s stomach causing various medical ailments.

The rare syndrome (also known as Trichophagia) is named after the long-haired girl Rapunzel in the Brothers Grimm fairy tale.

The girl was initially taken to the hospital for excessive hair loss. Test results confirmed the girl had a strange mass in her stomach and that she was suffering from anemia. 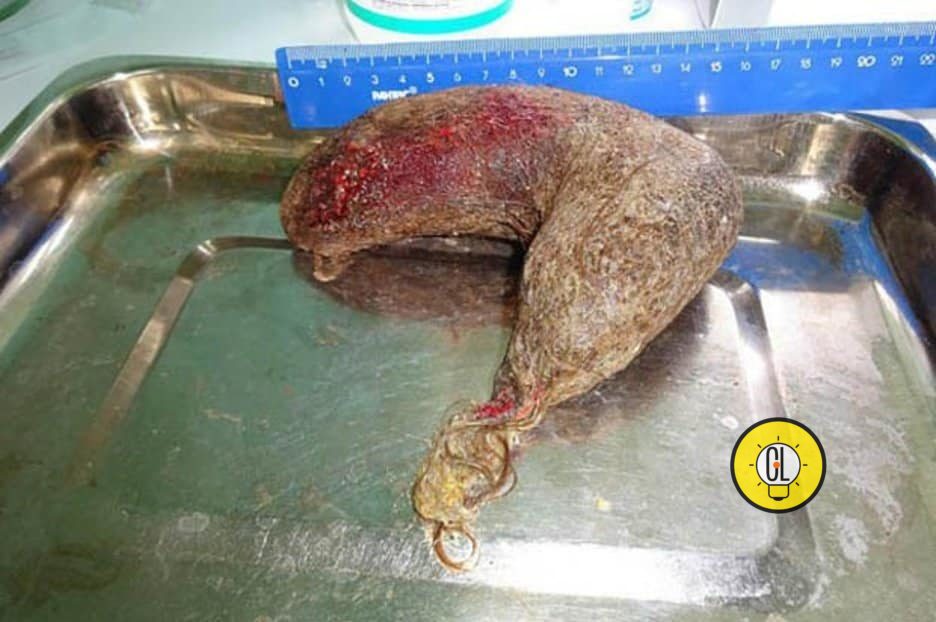 The hospital’s chief physician Andrei Karavayev said that accumulation of hair of this size can cause gastrointestinal obstruction, which in turn results in various medical problems including loss of appetite.

The doctors at the hospital immediately cut open the girls stomach and removed the mass of hair.  The girl is now recovering and is in good health. Doctors say the girl needs to be seen by a psychiatrist to help her rid of hair her biting habit.