NASA’s Perseverance Rover has finally reached the red planet after flying in the dark space for over six months. During the course of the flight, the rover traveled over 204.09 million km to reach the planet.

NASA is making the final preparations for a successful landing. Once the experts at NASA install all the landing guidelines onto the rover’s computers, it will start the automatic descent.

It takes 7 minutes for the rover to descend from the designated orbit onto the surface. The descent, ‘7 Minutes of Terror, as NASA engineers call it, is a sophisticated and difficult maneuvering process the robot has to go through for a successful landing.

NASA has confirmed that the Perseverance Rover is now ready to land on as it suffered no technical glitches so far.

The six-stage landing process starts with final preparations. This includes getting rid of the cruise stage which contains solar panels, radio equipment, and fuel for the 6-month journey.

What remains after shedding the cruise stage is called Aeroshell. This contains first, the rover itself, and all the necessary descent stages.

To leave the orbit and enter into the Martian atmosphere, the vehicle fires small thrusters. This enables it to reorient itself and make sure heatshields are now facing the planet.

As the vehicle enters into the atmosphere, it faces extreme drag force due to friction. Just after 8 seconds into the descent, the temperature of the outer shell reaches a staggering 1300 degrees celsius. But, thanks to the heatshields, the precious cargo (the rover) remains at a comfortable 20 degrees.

As the spacecraft descends further, it faces small pockets of gasses (Martian air) that hit the vehicle from different sides. To remain on track and keep the trajectory intact, the vehicle keeps on firing small thrusters. This process is also called ”guided entry.

Related to Space: What If The Earth Starts Spinning in The Opposite Direction 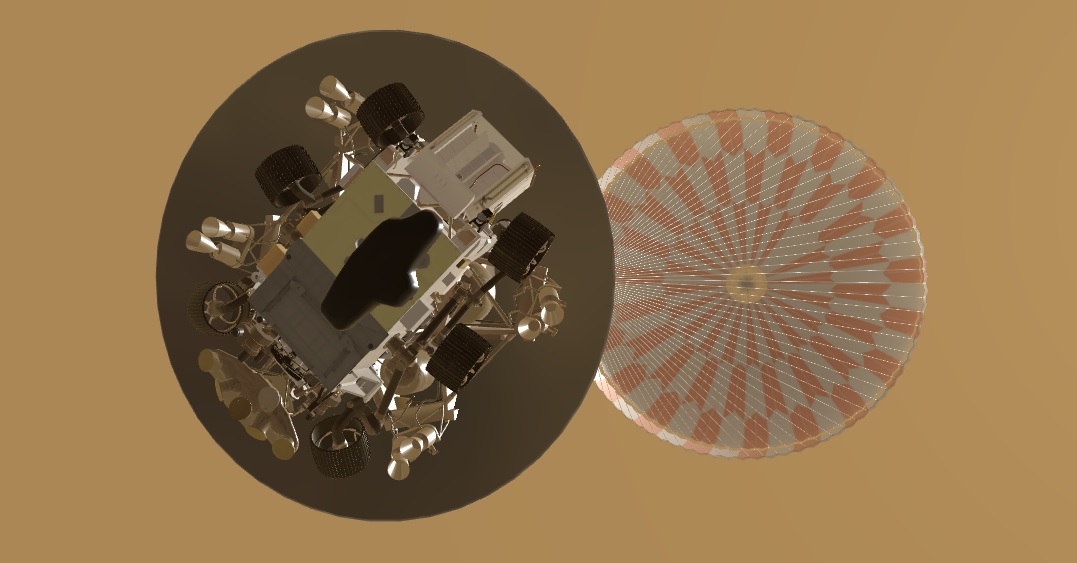 As the descend proceeds, the drag force brings down the speed to under 1600 km/h. At this stage, the spacecraft deploys supersonic parachutes. The objective is to further slow down the speed for a safe landing.

While all other previous Mars rovers deployed their parachutes from speed measurements, Perseverance is equipped with more sophisticated technologies. By measuring its altitude, the vehicle exactly knows when to deploy the parachutes. NASA calls this additional technique ‘Range Trigger‘.

Zeroing in on Landing

At this stage of descent, the heatshields separate themselves from the vehicle. The rover is now, for the first time, exposed to the atmosphere.

Cameras, radar, and other instruments that guide the rover way down start locking on the land under. Radar signals bouncing back from the Martian surface keep checking the altitude. A new EDL called Terran Relative Navigation tells the vehicle what terrain is underneath. 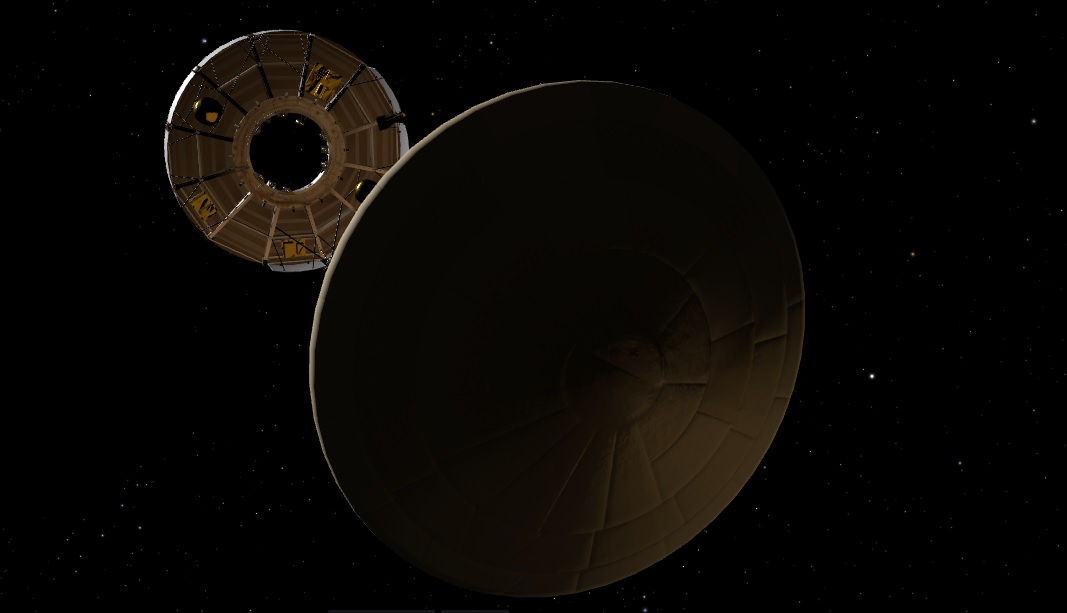 Martian atmosphere is far thinner than Earth’s atmosphere. The drag force and parachutes alone can’t decrease the speed to a suitable landing velocity.

At this point, the rover gets rid of the parachute and descends with thrusters. At a speed of 320 km/h and an altitude of 2100 meters, the rover breaks away from the backshell and fires its rocket thrusters. 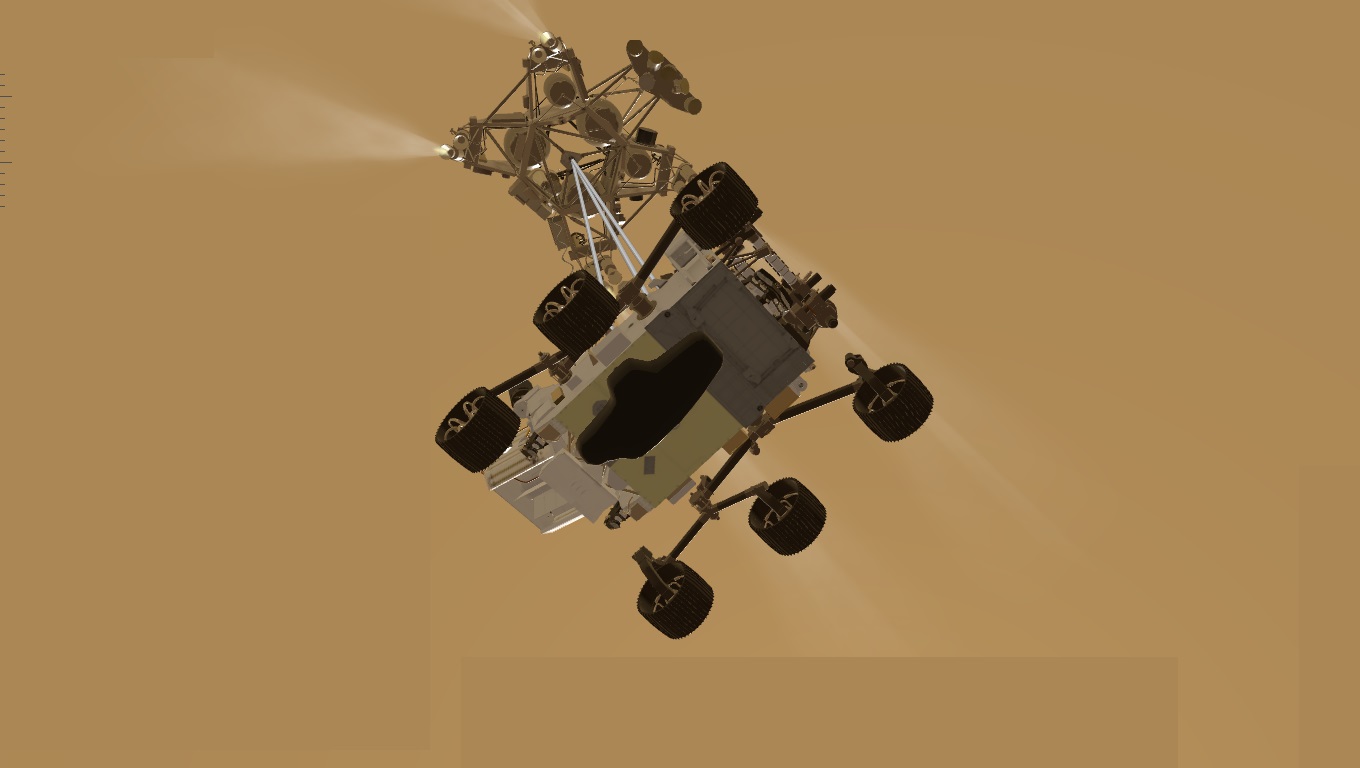 At a speed of 2.7 km/h and an altitude of 20 meters, the descend stage lowers the rover further. Once the rover feels its wheels have touched the surface, it cuts off the ropes that have so far hanged it from the descent stage.

The descent stage fires its own engines and shoots away from the vicinity. It sacrifices itself in an uncontrolled landing somewhere on the Martian surface.

And, that’s it, our messenger from Earth is now on Mars looking for traces of past life.