Francisco Nunez Oliver, a Spaniard who bore the title of the world’s oldest man, died in 2018 at the age of 113.

Francisco was born on December 13, 1904, in the town of Bienvenida (province of Badajoz). He took part in the Spanish-Franco-Moroccan War and the Civil War.

He has four children, nine grandchildren, and 15 great-grandchildren. In August 2017, he was named the world’s oldest man after the death of Israel Krishtal of Israel, a Holocaust survivor who lived 113 years and 330 days.

Francisco became a widower in 1988 and started living with his two sons. Later he moved to his eldest daughter Maria where he celebrated his last birthday.

He started with a cake for breakfast and then read greeting cards that people from all over the world sent him, Maria recalls. 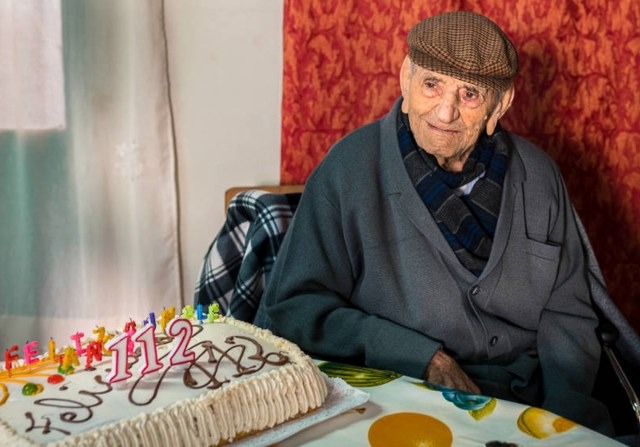 The 3 Secrets of Longevity

When asked about the secret of his longevity, Francisco cited good genes, hard work, and a healthy diet composed of home-grown vegetables as the reasons for his longevity. He said he also enjoyed a glass of wine every day.

While Francisco mentioned three, Maria thinks there were many other factors that contributed a such a long, healthy life.

A quiet life in the village, self-employed, no quarrels and disputes with family, and cherishing the life that revolved around the field, the house, and the village bar, said Maria.

When asked how he felt to be the oldest man on earth, he replied:

I am a hundred something years old, I live a very long time, i am insanely happy.

The Spaniards generally have one of the highest life expectancy levels. This is often attributed to the Mediterranean diet and traditional way of living.