Your last vacation might not have met all your expectations, but it still was a vacation right. For some very unfortunate ones though, vacations may take a whole new turn. From a simple nightmarish type situation to ones that end deadly.

In this list, Chlorine has collected some of the creepy and deadly vacations people, unfortunately, had to go through.

In July 2013, Rochelle Harris and her boyfriend James from Swanwick in Derbyshire went on a vacation to Peru. A fan of adventures herself, Harris insisted on going deeper into the Peruvian forests.

During their stay in the jungle, Harris walked through a swarm of flies. And that’s when things started taking a turn. Within days, Harris started having a severe headache. The couple returned home with Rochelle suffering from shooting pain in her face and “scratching noises” in her head.

For anyone’s worst nightmare, Doctors at Royal Derby hospital found New World Screwworm Fly larvae deep in her ear_ a whole family of 8 large maggots. Doctors discovered that the flesh-eating maggots had chewed a 12mm hole in her ear canal. 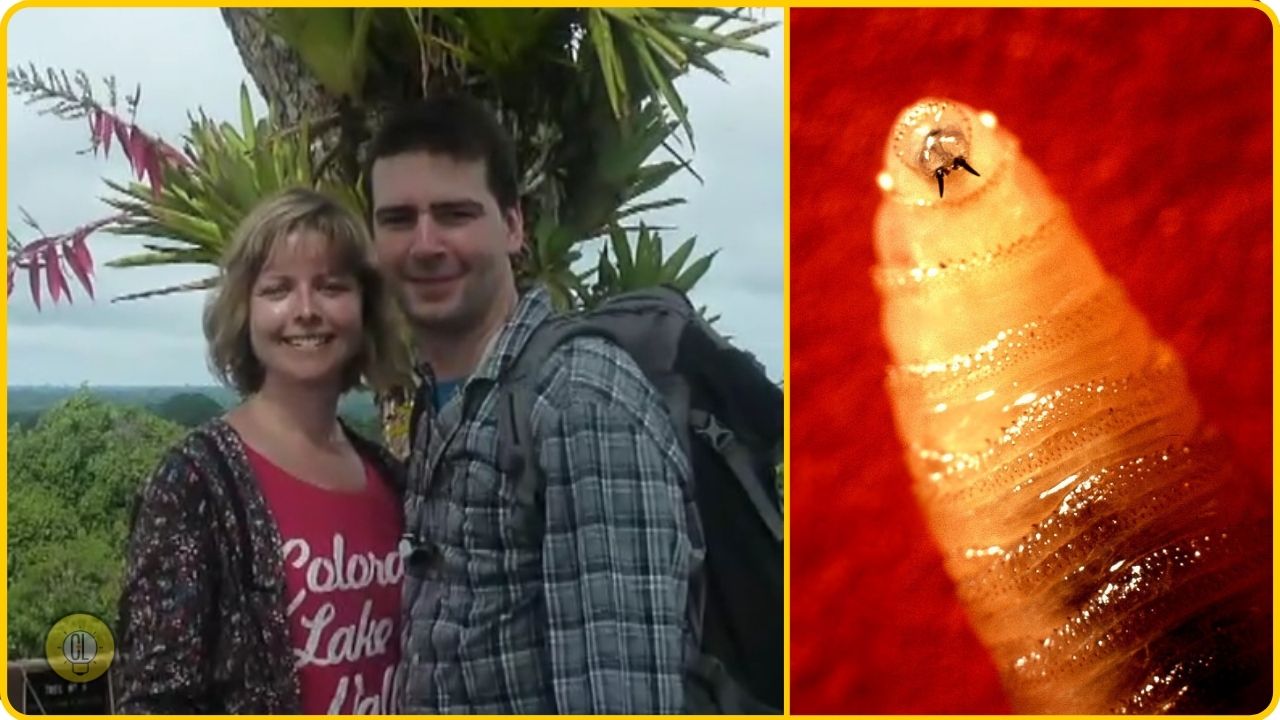 I was very scared. I wondered if they were in my brain. I thought to myself, this could be very, very serious. I just wanted them out of me and now I knew what was causing the sensations and sounds it made it all the worse, said Ms Harris.

Ms. Harris told that she remembers walking through a swarm of flies in the Peruvian jungle when a fly got into her ear. Once she had shooed it away, she said, she didn’t worry about anything. The women luckily didn’t face any long-term medical issues.

Erin Langworthy from Australia dreamed of visiting Victoria Falls. After her graduation in 2013, Erin set out on a tour to Victoria Falls. A bungee jump from the Victoria falls bridge over Zambezi river was already on her bucket list.

While she was a lone tourist, she joined a group of bungee jumpers along the way. At position 105th on the day, Erin took the leap of faith and threw herself from the bridge. A few seconds into the fall, Erin says she felt a jolt on her chest, then a speeding free fall.

After a few seconds, I felt a jolt across my chest. It seemed as if I slowed down for a second, then sped up. I could hear the wind rushing past my ears. Instinctively, I brought up my arms, locking my hands together. Then I felt myself hit the water – that’s when I realised something had gone wrong.

She then slammed into the river infested with crocodiles. Fate has chosen her as the unlucky jumper of the day. Her robe snapped at some point and she fell straight into the turbulent waters. 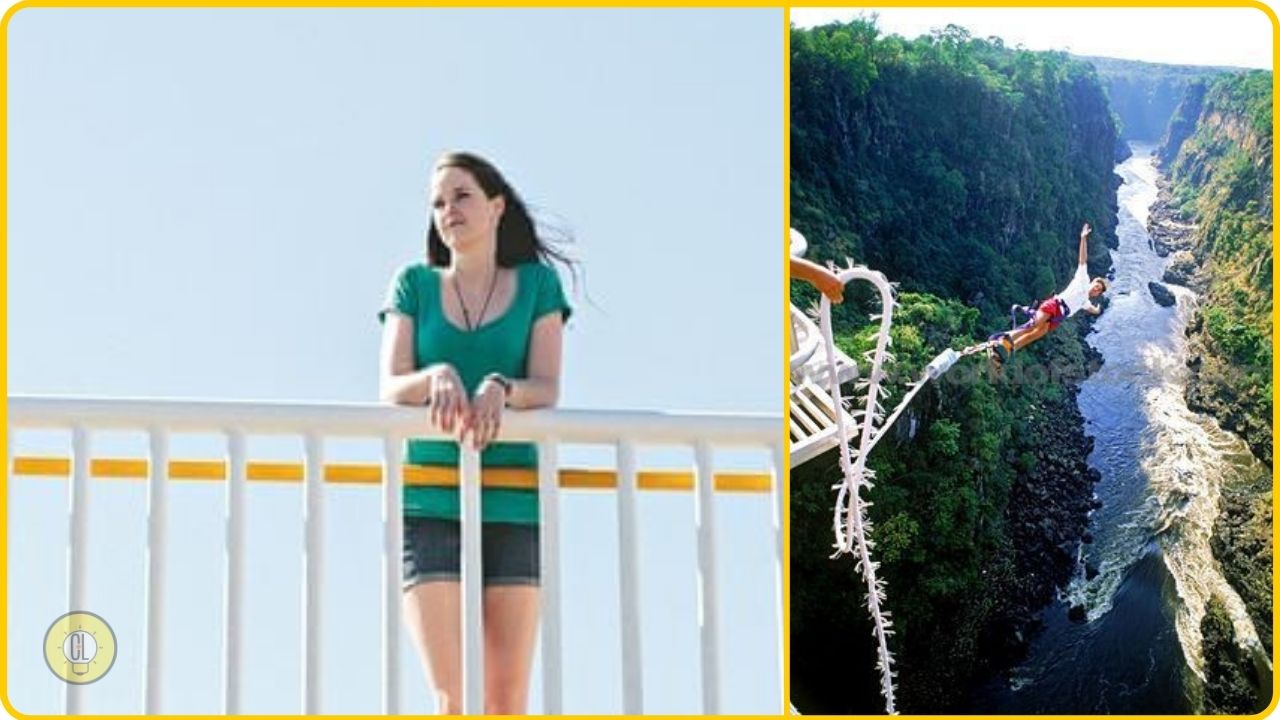 I was pulled downriver and underwater into whirlpools. At one point, the cord snagged below me and I was trapped below the surface. As I was running out of air and my vision started to fade, I managed to dive back down, grab the rope and pull it free. Eventually I managed to wedge my arm between two slimy rocks near the side of the river. All I thought about was clinging on, said Erin.

After a struggle of life and death, Erin somehow eventually managed to grab a rock on the bank and clung to it. Her body turned pale, and she vomited blood.

She was taken to a hospital in South Africa where she was treated before flying back to Australia. Erin was lucky not to suffer from any long-term consequences.

After receiving her bachlors degree in psychology from the University of Deventer, Lisanna Frone 23 got a vacation boon from her family. Accompanying her was her best friend Chris Kremer 22.

The two girls decided to fly to Panama, learn Spanish, and visit the picturesque viewpoint of El Mirador.

The two flew to Panama from Amsterdem airport by the end of March, 2014. They initially spend few days exploring Boteque_a small town on the Caldera River, in western Panama.

On the morning of April 2014, Chris and Lisanne started their hike along the famous local trail La Pianista, located about eight kilometers from Boteque. At about 1 in the afternoon, they reached the summit, the girls took a photo at the picturesque viewpoint of El Mirador.

After their hike, the girls were supposed to contact the local guide Feliziano Gonzalez just for a trip to the local national park. When they failed to contact, the guide tried to reach them and got no answer. The girls had disapeared with no clues of where they might have gone.

Local police started a never-ending search and rescue operation that only added more mystery to the disappearance.

In June 2014, ten weeks after the mysterious disappearance of the girls, local residents found a backpack in a field near Alta Romero. Strangely enough, the backpack was in perfect condition. All of its contents remained intact.

On June 19, the remains of Lisanne Fron were found – a left leg with numerous fractures of the metatarsal bones, shod in a shoe. According to the forensic medical examination, there were no traces of violence on the remains – no cuts, no traces of weapons, no prints of teeth or claws. 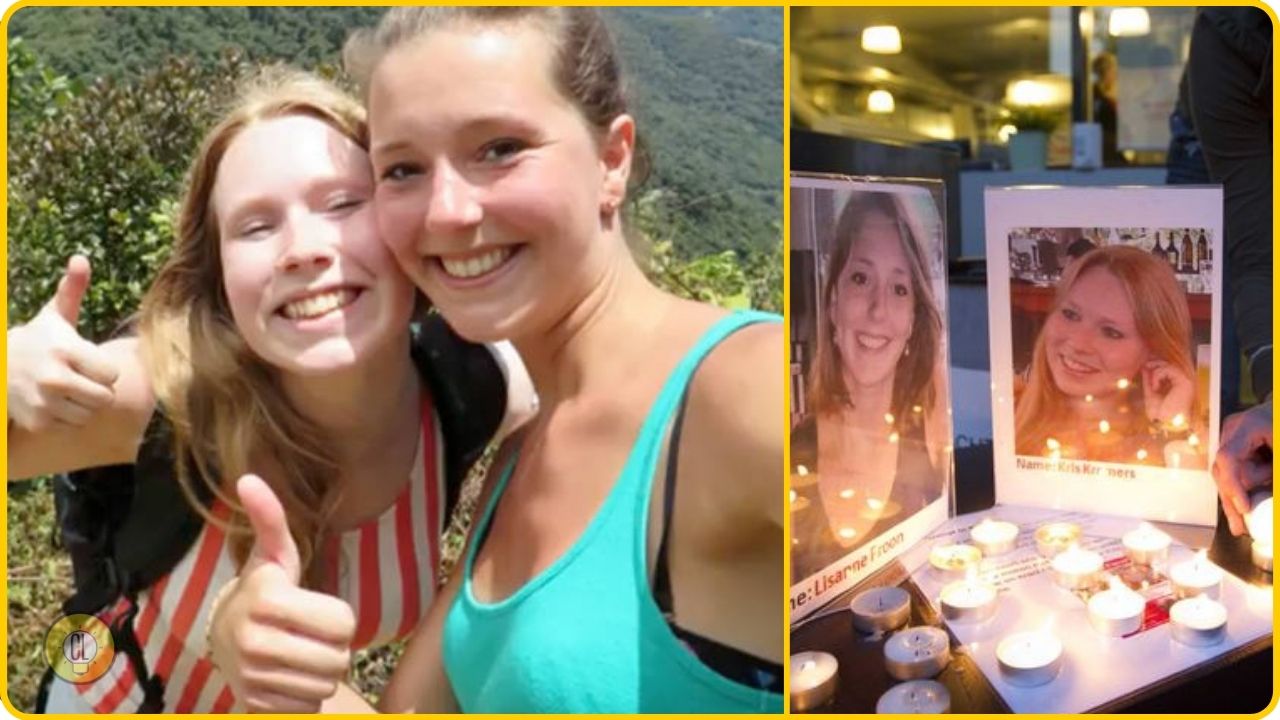 At least 33 scattered body fragments were later found on the bank of the river – not far from the cable bridge, which, presumably, was captured in night photographs taken by the girls. Many of the remains were located several kilometers apart, all along the river. Pieces of the pelvic bone were also found, and a DNA test confirmed that it was the remains of Chris Kremers.

After six years, the deaths of Lisanne and Chris is still a mystery no one could resolve.

A Vacation That Takes Away Her Baby, Puts Her Behind Bars

In August 1980, Lindy, her two months old baby girl Azaria, and her husband Michael Chamberlain were on a family camping trip to Uluru, in Northern Australia.

On the night of 17th August, Lindy put her daughter in a separate section inside the tent and slept. The couple woke up to barking wild dogs only to find blood around the tent.

Initially, the investigation was conducted on the statements that the baby girl was taken away by wild dogs. Later, the opinion changed and Lindy was convicted of murdering her daughter. 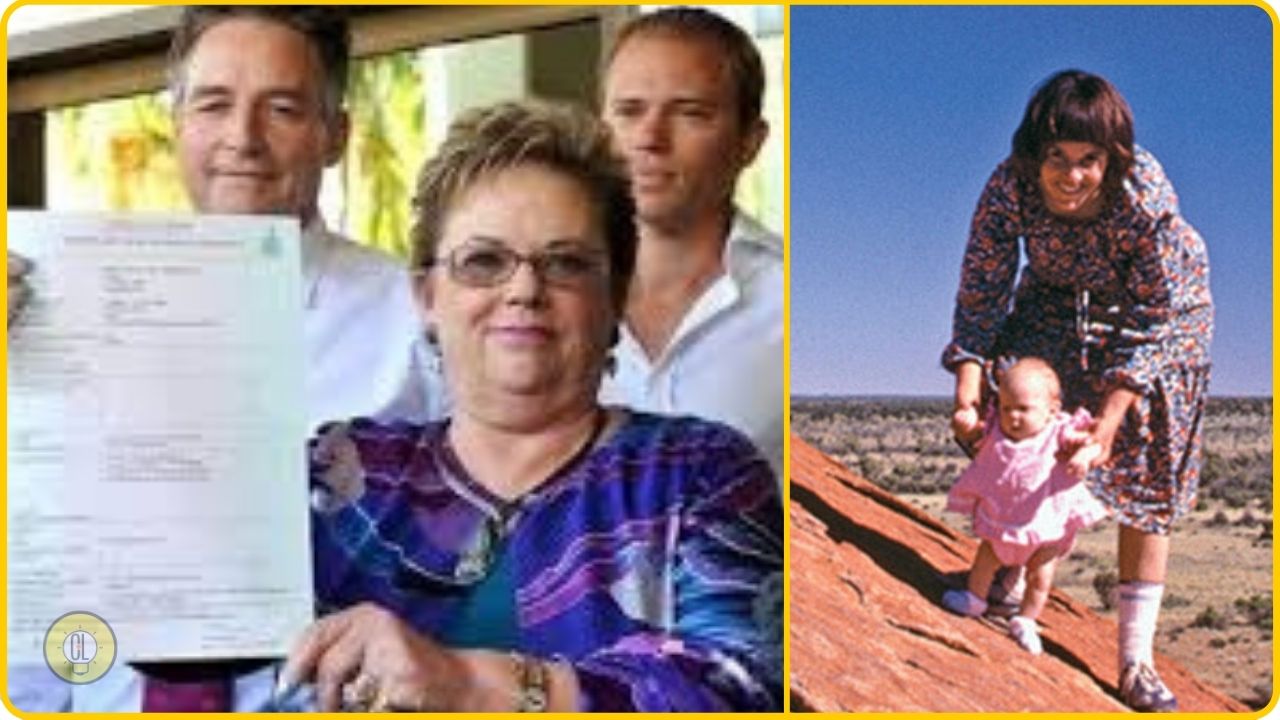 Lindy spent 3 years behind bars for the still-unsolved mystery.

It was in 2012, 32 years after Azaria’s death, the Chamberlains’ version of events was officially supported by a coroner.

What worse can you expect from a vacation that takes away your baby, declares you a murderer, and puts you behind bars for three years.

Gary Lutes, His Boys, and The Cave

Amateure cave explorer Gary Lutes 37 decided to explore a cave in West Virginia in June 1990. He also took his sons Gary Jr., 13, and Timothy, 9 on the expedition.

The family decided to explore New Trout Cave in Pendleton County in eastern West Virginia. They took a backpack with food, but when they reached a narrow fork, they dropped the bag there thinking they will come back for it later. A small mistake and disaster struck.

The got trapped in the cave for five days without food, light, or water. 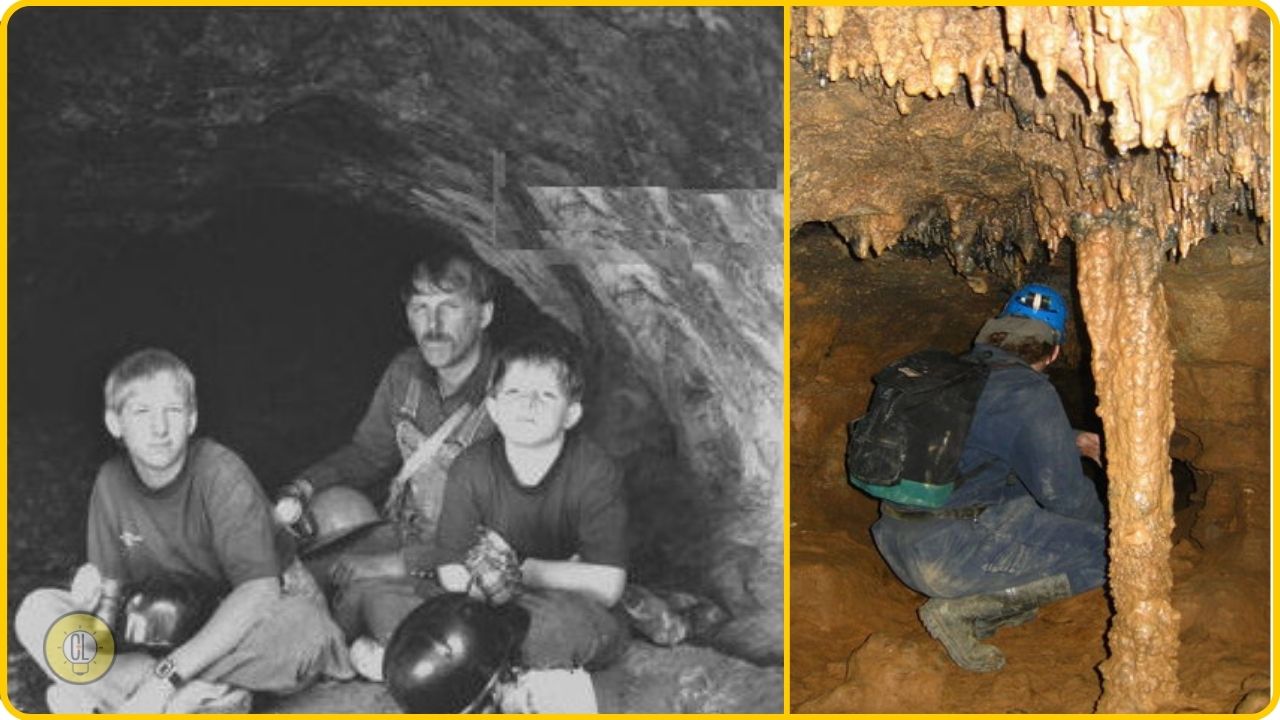 And lucky enough, they were accidentally found by a local resident. The three were rescued and taken to a hospital where they recovered from both physical weakness and trauma.

The Nerve-Wracking Story of Aaron Ralston

On April 26, 2003, during a solo descent and while dislodging a boulder, he pinned his right wrist to the side of the canyon wall. The guy couldn’t free himself for six days, so he decided to cut off the limb. 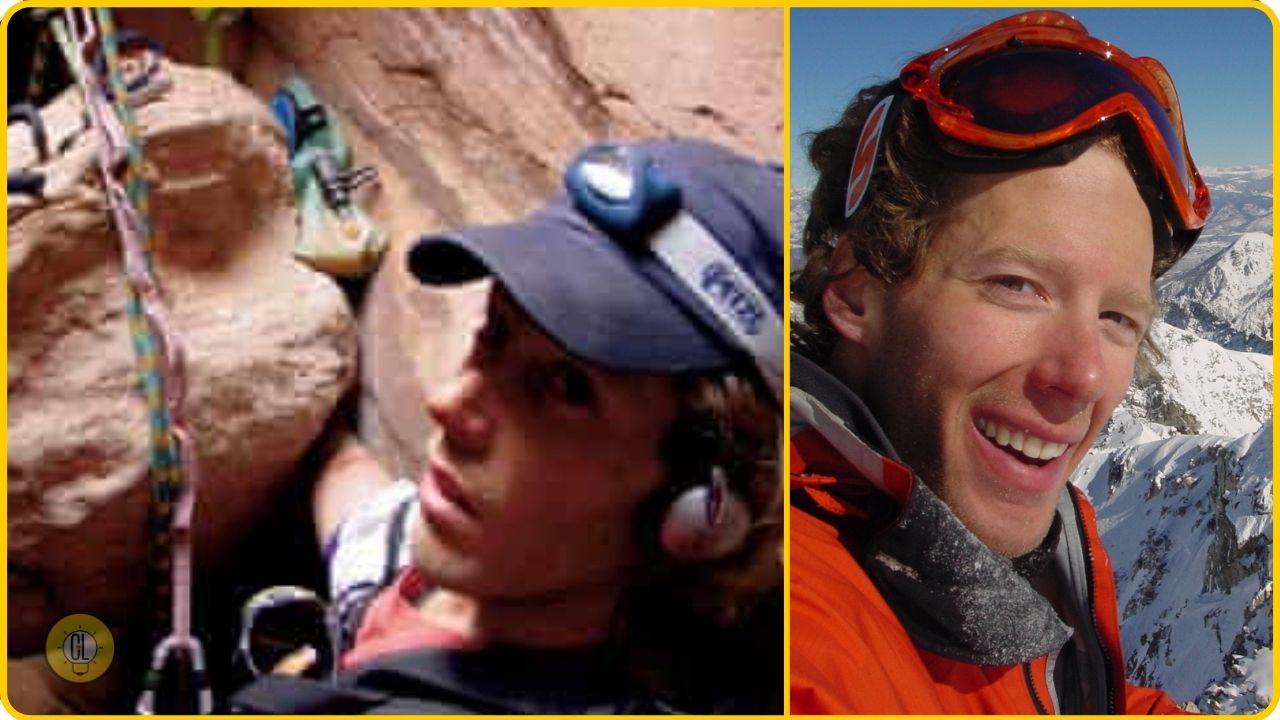 However, the pocket knife was unable to cut the bone, and Aaron began hallucinations. The disturbing visions made him wake up and break his arm. The story of survival formed the basis of the movie “127 Hours”.

While all these stories are filled with misery, pain, suffering, they also give a good deal of lessons on deciding, managing, and setting out on your next vacation. Stay safe!