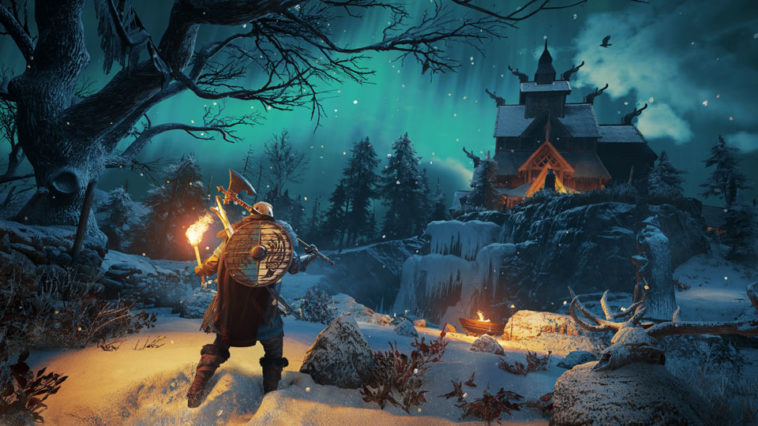 Assassin’s Creed Valhalla is a notorious story of war and glory. The game invites you to experience the epic life of Eivor, the Viking raider. Offering an enchanting Viking experience, the game leaves you in England’s brutal Dark Ages, giving you a beautiful and dynamic open world.

In this latest game of the series, you can enjoy new features such as raids, expanding settlements, reinforcing powers, and spreading your impact and influence across the region.

We look forward to the players to experience their incredible Viking journey ahead, said Ashraf Ismail, Creative Director of Assassin’s Creed Valhalla. Players who will be in the position of Eivor as a Viking raider and a clan leader face the contradiction of building a new home while in the midst of a power struggle to conquer England.

When the Vikings began to settle in their new home, the resistance of the Saxons, including King Aelfred of Wessex, who condemned them as pagan and appeared to be the sole ruler of a civilized England.  In spite of all the challenges, Eivor must do what is necessary to reach Valhalla.

Players can choose to play as male or female, and have access to different customization tools including hair, tattoo, battle paint, and gear customization. Political alliances, war decisions, and dialogue selections can affect the world of Assassin’s Creed Valhalla, so players must make wise choices to protect the home and future of their clan.

The gold edition: The Gold Edition will include the base game and the Season Pass.

Collector’s Edition: Includes the base game, Season Pass, Ultimate Pack, Eivor’s high-end copy of Ubicollectibles and Drakkar (height: 30cm), Collector’s Case, featuring a unique artwork on includes a Steelbook, a numbered certificate of authenticity, an Eior’s Viking Figurine (height: 5cm) with his raven and ax, custom printed images and the game’s Selected Music. Collector’s Edition will only be available from the Ubisoft Store.

Fans of the game that pre-ordered Assassin’s Creed Valhalla will have the opportunity to play ‘Way of the Berserker’, an additional mission where players will join a legendary Scandinavian Berserker in search of revenge.

Finally, fans of the game will be able to step into the world of Assassin’s Creed Valhalla, with the original novel published by Penguin Random House.